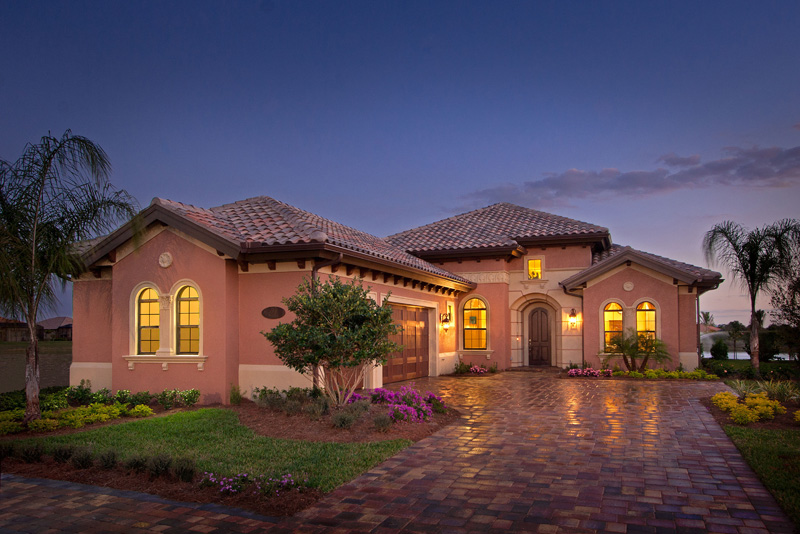 Canwick Cove at Lely Resort is a private enclave of 38 single family homes. Originally conceived as a community of 28 three story condominiums, it became victim of the real estate slowdown. Pre-sales efforts for the condominiums began in February of 2007 with prices for the ranging form $1,145,000 for a 2,832 square foot model to $699,990 for a 2,371 square foot first floor unit. One building was built and stood unsold until the whole project was purchased by Stock Development and the building was demolished. Canwick Cove’s second launch was in 2012 and was a great success. Borrowing the Onyx Series floor plans that had been launched in Lakoya in 2011, the first closing took place February 2013. While the Onyx Home Series has 5 floor plans, residents were evenly split between the Ruffino ll and Montessa ll models. The final home was sold in 2016.

Every resident of Canwick Cove is also a member of Lely Resort’s award winning Players Club and Spa. With dining, fitness, tennis, complete spa services and resort style pools, Canwick Cove is a great place to live and play. Owners also have access to The Flamingo and Mustang Championship public golf courses and can also explore membership in the Classics Golf and Country Club.

Would you like to see properties at Canwick Cove? Just contact the Lely Resort Specialist, Sean Meehan, at the Premier Sotheby’s International Realty on-site sales office or email me a Sean.Meehan@premiersir.com